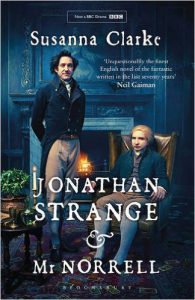 I was once given a piece of advice as a writer that the book should start with the protagonist. Authors need to introduce the main players of the narrative as soon as possible – certainly within the first chapter or two, preferably within the first page.

Yet Jonathan Strange and Mr Norrell flies in the face of this rule. The book doesn’t even start with Mr Norrell but with another group of characters, a lot of whom vanish after the first chapters are over and aren’t seen again until the very end of the book. 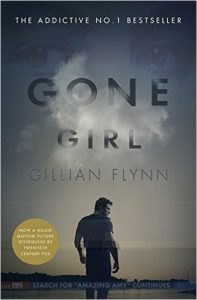 Another rule I’ve been taught is that your main characters should be likable, or at the very least sympathetic. Yet the book Gone Girl has main characters who are utterly horrible people. The narrator character in A Clockwork Orange is a murdering rapist who is thoroughly detestable. Both books are interesting reads, have done extremely well for themselves, and had successful movie adaptations.

And I think this teaches a very interesting lesson on the subject of supposed rules for good writing: for every rule you can think of, there will be a very good book that breaks it. 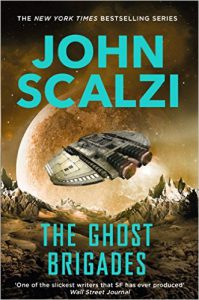 There are rules about style that say you should avoid adverbs as much as humanly possible and that in dialogue you should use the word ‘said’ instead of a replacement, and above all you shouldn’t use adverbs in conjunction with speech tags. Despite this, when I picked up the closest book to hand (The Ghost Brigades by John Scalzi) I found on page 5 (the narrative only started on page 3) the following example: “Quake?” Sharan suggested, somewhat hopefully.

There are rules that say you should never start a book with a prologue – yet look at George R R Martin. You shouldn’t have more characters than your readers can easily keep track of – still looking at you, George. You certainly shouldn’t kill off your protagonist! I’m starting to think George is doing this on purpose.

And that’s the point. For any rule you can think of that someone has stated about how to write a successful novel, you will be probably be able to think of a successful novel that breaks it. But they tend to be the exception. It’s easy to look at all these examples and think, “If they can break these supposed rules, then so can I,” but I would add a note of caution. If you’re going to fly in the face of standard advice, do so carefully. Do so with awareness that that’s what you’re doing. These rules usually exist for a good reason. While it’s possible to write an excellent book that breaks these or any other rules, you’re making your life more difficult. If breaking rule makes your book more interesting or different, that can be a great thing, but you will have to put in the effort to make it that way.

I once did a talk about the rules of fiction writing and I started with a screenshot from Pirates of the Caribbean and that line about how they’re more like guidelines than actual rules. So take any supposed rule of writing anyone tries to teach you with a pinch of salt (overuse of cliches is probably on a list of things to avoid too) but be careful that you don’t go trampling all over these rules without thinking about what this means for the story you intend to write. Breaking any rule about writing should be done as a deliberate act because it will lead to a better book, not something done out of ignorance of the standard advice and literary conventions.

One thought on “Breaking the Rules”