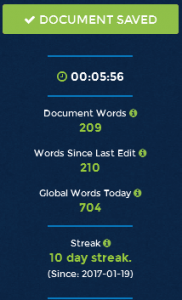 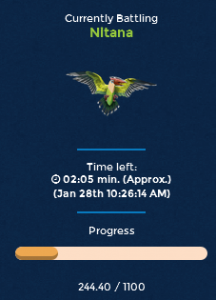 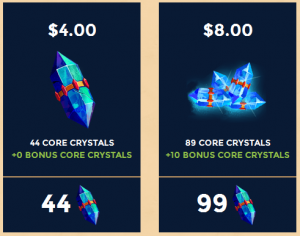 I didn’t realise when I first started this book that it was part of a series, but it quickly became apparent. The book jumps in without any real introduction to the main characters, the world-building, or the events that led up to this point. It was very hard to figure out what was going on for the first couple of chapters because the characters would talk about things that happened in a previous book without there being any additional explanation for those readers who hadn’t read that book. It got easier after about four chapter when I’d figured out the basics of what was going on, but there were still moments throughout the book when knowledge of the previous book was just assumed. For example, a character was brought into the story who’d not been so much as mentioned in this book, and I was left with no idea who this person was. I realise it’s a delicate balance when writing a sequel as the author doesn’t want to bore readers who have read the first book, but I thought this one could have done with a little more background explanation. Still, that’s probably not an issue if you read the books in order.

The Fallen Gatekeepers is a fantasy story about other worlds inhabited by gods, and the gatekeepers, an order of warrior girls who protect the gods from Evil Ones. Junya is a teenage boy who has been caught up in this world of magic and gods. He is determined to help the gatekeepers fight the Evil Ones, but he also wants to spend more time with Shoko, a gatekeeper of great skill. When the Evil Ones start attacking Shamans, Junya and Shoko must break with tradition and come up with a new plan to fight them.

There’s a lot that’s good about this book. The plot is interesting. There were some nice twists and turns that kept me reading to figure out what might happen. The plot was cleverly constructed and was what held my attention to the end.

There are some nice underlying themes about jealousy and the desire for material things which add a layer to the book without coming across and preachy. It comes through the book in a very natural way and feels understandable in the reactions of the characters.

I liked the character of Mack, one of Junya’s friends, and there were some interesting dynamics between some of the gatekeepers who work with Shoko. There are a large of range of characters, both major and minor, who all feel like different people with their own desires and goals.

My main issue with the book was that Junya did some things that annoyed me. He frequently checks out women and girls in the early part of the book. This starts with watching Shoko getting undressed when she’s taking a bath but also includes ogling at women who work for his grandfather. There were also some sexist traditions in Shoko’s world that it would have been good to see Junya call out. When discussing what happens if a girl gets pregnant – she loses her position and her honour, but the boy who impregnated her isn’t punished – Shoko dismisses this as being because the elders know what young people are like, especially boys. This is a “boys can’t help themselves” argument that I find infuriating and it would have been nice for Junya to address it instead of letting it slide.

Junya is also obnoxious about money. He has a large amount of money thanks to the events of the previous book (he talks about millions of dollars in a stock account at one point) and he does things like throwing half a million dollars on a fancy car just because he can. Then he goes and talks about wealth inequality and how it isn’t fair that a small minority has so much money – despite being part of that small minority. If he was ever shown being generous with his money it would be fine, but these statements come across as hypocritical given his behaviour in the rest of the book. This could have been easily fixed with an aside mention of charity donations, or an extra sentence to say that he paused to give money to the homeless people he passes while walking with Shoko – instead the homeless people are mentioned and Junya just walks right by. This is especially grating given the message the books shows in other places around how desiring stuff for stuff’s sake can be damaging.

The other thing that annoyed me at times was the way other countries and cultures were portrayed using stereotypes. Japan wasn’t so bad because there were enough different Japanese (or Japanese-inspired) characters that they could have different personalities, but the way the ninjas were written or the girls wore school uniforms and so on did feel like stereotypes at times. But other countries get only a very brief mention and they come across as ridiculously stereotyped – such as the tribesmen of Africa (the land of big cats and elephants – even though this description might apply to India), or the clansmen of Scotland (the land of druids – even though this could apply to Ireland, Cornwall, Wales, etc.). In the exchange with the Scotsmen, Shoko uses a few phrases with local dialect wording and Junya talks about how she’s “talking Gaelic” even though she’s actually speaking English. The scenes in Africa and Scotland were quite short in the book, but they still grated because they felt very stereotyped.

The plot of the book and the ideas behind it were very interesting, but it was the details of how it was written that annoyed me. I feel like I’m being quite harsh in this review – I did enjoy reading the book after all. I probably would have enjoyed it more if I’d read the first book in the series before coming to this one.

If like me, you come to this book without having read this series, I’d suggest going for the first book before coming back to this one.