I am in the process of updating my queer reading list. The old list is just that – a list. I list science fiction and fantasy books that contain significant queer representation and which I have enjoyed reading.

The new version, I’m hoping will be more useful for people looking for SF&F books that contain queer representation. It’s a bit more visual, with a list of books and their cover images on the left. 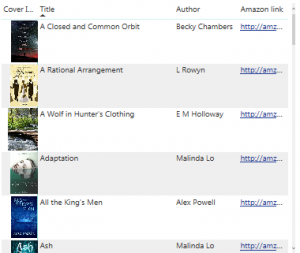 Through the use of filters, people can search the list for specific types of representation – e.g. a book with an intersex protagonist, or an asexual major character. The main page shows broad categories for representation. 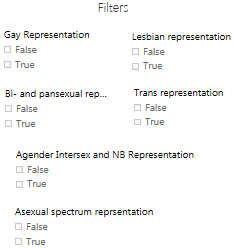 But there are arrows underneath the list that let you scroll through different pages. The other pages focus in on a specific group of representation and let you narrow down the search in more detail.

You can find the new version here: http://www.plot-twister.co.uk/queer-reading-list-search/.

It is currently a work in progress, so I would be interested in hearing feedback or ideas for improvement. 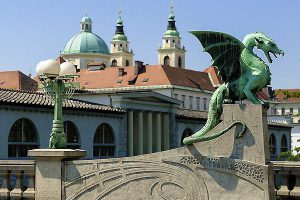 I recently had a short trip to Slovenia and while I was in Ljubljana, I went on a walking tour of the city. I usually like walking tours because you get some background and some nice anecdotes and see some things that you might not notice walking around on your own. This was a particularly good one. It lasted over two hours but it never felt slow because the guy doing the tour (our tour guide was Peter) was extremely entertaining. He was very cheerful and made it fun while telling his various stories.

One such story involved dragons. If you ever go to Ljubljana, you will see an awful lot of dragons. Not live ones, unfortunately, but as statues on the aptly named Dragon Bridge, in the gift shops, in carvings, and so on. Apparently there is also a cave with salamanders that the locals once thought were dragon hatchlings, at least until they laid eggs and had babies of their own.

There is a story in Ljubljana that the Greek hero Jason, when he was sailing back with the golden fleece, sailed through the area and came face to face with a dragon. Of course Jason, being a Greek hero, fought the dragon, defeated it, and went sailing on his way. 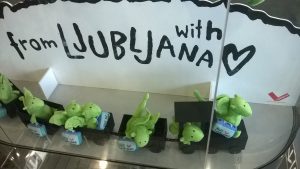 The dragon, which was supposed to be the protector of the region, holed up inside a mountain to sulk about being defeated. Peter speculated that this might explain why Ljubljana spent so many centuries under foreign rule.

The dragon is supposedly still there.