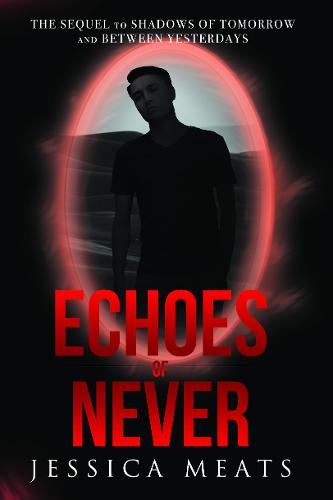 Travelling through the multi-universes, Gareth hunts for his infant son. He was taken by someone that Gareth trusted. Abby travelled back in time to prevent a future cataclysm, abducted the baby, and took him through a mysterious, rainbow portal.

In his search, he finds new versions of lost friends who can help him in this quest, which will lead him to the strangest place he’s ever experienced.

For among the multi-universes, there is a place unconnected to the other universes and with its own timeline, known as the Shadow World. There, waits the Abomination, a man who can perceive potential timelines and manipulate the worlds around him. He knows Gareth is coming for his son. He planned for this.

When he finally faces the Abomination, there is one question Gareth must answer: how much is he willing to sacrifice to get his son back?

Echoes of Never, the final book in the Shadows of Tomorrow trilogy, is now available for pre-order from the publisher’s website. You may be able to order it elsewhere too. Waterstone’s has a listing for it with an option to order but at the moment the Amazon page is just a listing with “currently unavailable”.

Echoes of Never continues the story begun in Shadows of Tomorrow and Between Yesterdays, a story of other timelines, other times, and creatures breaking through from another universe.