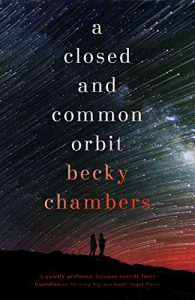 I recently read The Long Way To a Small Angry Planet by Becky Chambers (UK link, US link), which is a great book for a lot of reasons, but one thing I particularly liked about it is that the aliens really felt alien. That may seem like a strange thing to say, but sometimes in science fiction you get alien species that are basically humans but with pointy ears or green skin. Some are given characteristics of a minority group for the sake of analogy, and some get exaggerated physical traits or, sometimes, mystical powers, but in a lot of ways they feel like humans.

One particularly common example of this is in terms of gender, sex, and physical relationships. In films in particular, but sometimes in books, alien women look like human women but with some superficial appearance changes. Alien races appear attractive to humans in standardly human ways. Alien races have two genders and follow stereotypical patterns of gender dynamics. It is as though every species in the universe is based on the template of white, European gender dynamics.

The Long Way to a Small Angry Planet is a refreshing change from this approach. In this book, there are several alien species, and there is an emphasis placed on how different gender and sexuality would be for these different species. So there is a species where every member of the species starts out female but becomes male later in life. There is a species that coexists with a parasitic virus so they are all referred to as they because they consider themselves a joint organism – the host and the virus. There is a species that has three different families as a standard – the family that raises the children is not the same as the family that provided the genetic material. This species doesn’t consider children to be people until they reach adulthood.

There is a sense of a vast and complicated universe, with every species having their own biology that influences their behaviour and attitudes. This is a complete contrast to another book I read recently (which I won’t name because I didn’t enjoy it) where every single character from half a dozen different species would have fit right in with a gathering of middle class white Americans (plus every single character in the book was male, except for the protagonist’s love interest who showed up for about a page and a half).

When it comes to science fiction, that old adage of “write what you know” is less applicable than ever, because the point of science fiction is to explore the unknown. When writing alien species, we should think about the variety of biology that exists even on our own planet, and imagine the implications of a sentient alien race having more in common with say bees or clownfish than humans. Those differences can be in everything from their methods of communication (the aliens in The Bride by Janine Ellen Young (UK link, US link) live in a vacuum so they don’t have verbal communication but communicate using viruses), or in terms of family dynamics (in Remnant Population by Elizabeth Moon (UK link, US link) the alien young are protected by an older person who doesn’t have offspring of her own), or in terms of gender and sexuality as discussed with regards to The Long Way To a Small Angry Planet. When coming up with an alien race, let your imagination run wild or look at some of the weirder species on Earth for inspiration and design aliens that really feel significantly alien from us.