I’d been trying to avoid spoilers about the new Star Wars film, but I couldn’t help seeing some murmurings about it online and I went in there expecting disappointment. Overall, it was entertaining enough but suffered a major problem with plot.

Let’s look at Finn’s plotline for the bulk of this movie. He attempts to run away (completely undermining his character development from The Force Awakens, but that’s a separate rant), meets Rose, they come up with a plan, they go to the casino, get arrested, make a deal with a codebreaker, break onto the ship, get captured, and then manage to escape when the ship is destroyed. Lots of events happen, but to what end? They achieve nothing and end up with the resistance, exactly where they would be if they’d done nothing. There are only two events in their whole plotline that could loosely be considered significant: spreading the story of the resistance, and killing Phasma.

I quite liked the ending with the kids telling the story of the resistance – it was a nice little closing piece about hope being still alive and the resistance message going on – but it’s hardly a major event in the plot of the film overall. Maybe something significant will come of it in the next instalment and make it feel like there was purpose to this little dangling plot thread, but if you look at this film on its own, it was too minor to feel like a proper payoff for their plot.

The killing of Phasma likewise didn’t feel significant enough. She was a non-entity in this film, who only showed up to be killed. I was seeing this film with my parents, both of whom had only seen The Force Awakens once, when it first came out. Neither of them remembered Phasma. If seen in the context of the previous film, this moment might have been worth something, but again, treating this movie as an entity in its own right, she wasn’t a significant enough player for this to be important. If she had been seen earlier on, ordering Stormtroopers to board resistance ships, commanding parts of the battle, playing a role in the conflict with Hux and Kylo Ren, her death might have had more meaning.

As it was, you could have cut that entire plotline and it wouldn’t have changed the outcome of the story as a whole.

The same applies to Poe’s failed mutiny. What does that achieve? He gets worried that their leader is just running with no real plan, stages a mutiny, gets shot, and then learns that she’d had a plan all along. All it would have taken was her saying, “I do have a plan,” for none of that to have happened. She wouldn’t have even had to reveal what her plan was (although there was absolutely no reason to conceal it), just reassure the resistance fighters that there was a plan at all. Poe only acted because he thought she was just running until they ran out of fuel. This whole conflict was pointless, and it ended exactly the same way it would have done if he’d done absolutely nothing.

These were cul-de-sac plots – they feel like they’re heading somewhere but to end up going nowhere. It felt like Finn and Poe were being given busy work to keep them occupied while the main plot happened with Rey and Kylo Ren.

There needed to be payoff to the plotlines for the story to work as a whole. This payoff needn’t have been the characters’ intended goals but it should have impacted on the rest of the story as a whole. If we take the original Star Wars film as an example, Luke and co’s goal was to deliver R2 to Alderaan. Instead, they found Alderaan destroyed and were utterly unable to complete the mission they were intent on. But that inability to complete the mission led to the rescue of Leia. The Last Jedi needed the Finn and Poe plotlines to result in something.

Rey and Kylo Ren were on one ship on the fleet while Rose and Finn were breaking in to try and shut down the tracker. I was never clear whether they were on the same ship or not, but if they were, the plotlines could have intersected. Kylo Ren was knocked unconscious after the fight with Rey, so why not have the same happen to Rey? Finn and Rose could have escaped from the Stormtroopers, found Rey, and the three of them escape together. Or they could have sabotaged the weapons allowing more transports to escape. They could have achieved something on that ship to give a purpose to everything that came before.

The same goes for Poe after the first five minutes of the movie are over. His conflict with the admiral was entirely pointless, both because it could have been avoided with a single line of dialogue and because it achieved nothing. He needed a purpose to his plotline. Maybe the admiral was being secretive because she was afraid a First Order spy was sending their ship location and that was how they were being tracked. Poe could have been uncovering a spy and saving the ship that way while everything else was going on.

The film was enjoyable enough to watch while it was going on, but incredibly frustrating to think about afterwards. It still outshone the prequels in a big way, but I think it missed being what it could have been because of failures in plotting. 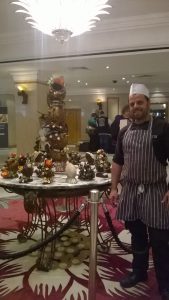 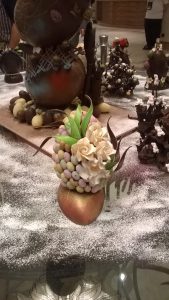 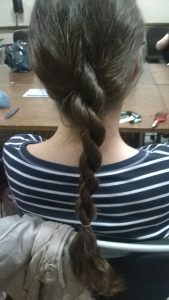 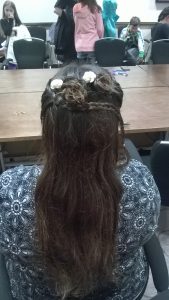 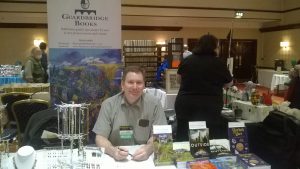 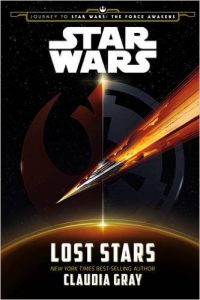 Lost Stars by Claudia Gray is undeniably a book aimed at Star Wars fans. Many major battles from the original trilogy feature in the story and there are offhand references to events, locations, and characters from the films. Without a good recollection of the films, I imagine the book would get extremely confusing. If you are familiar with the original three Star Wars films, the book makes an enjoyable read.

The story spans more than a decade, staring several years before the events of A New Hope and continuing on for more than a year after the end of Return of the Jedi. It is a story of childhood friends turned lovers Ciena and Thane who end up on opposite sides of the war. That is the premise of the book and is given on the blurb, so I don’t feel it counts as a spoiler here, but it takes a very long time for the story to reach that point. Early chapters focus on their friendship, on trying to get into the Imperial Academy, on their training, on them becoming military officers and taking up their duties. It feels like it takes a very long time for the plot to start happening.

However, I’m not sure that’s a criticism. The slow build lets us see the relationship between Ciena and Thane. It lets us get to know them as people – how they work together and when they disagree. The length of time we see them as allies makes their later actions feel more plausible.

I was impressed with the character building, particularly of Ciena. The author did a brilliant job of creating a character who could seem noble and heroic, even idealistic, but who could plausibly fight for the Empire. Her decisions to stay with the Empire, first to keep her oath and then later to protect her family from repercussions should she dessert, felt very real. The motivations and desires of both characters are clear and compelling.

For a story that takes place in a war, a lot more emphasis was placed on the characters than the action. It feels more of an emotional romance than an adventure story. The characters in this book are new, with only passing mention being given to the main characters of the films.

I did enjoy this book, but I feel the appeal will be limited to those who are already fans of the Star Wars films.